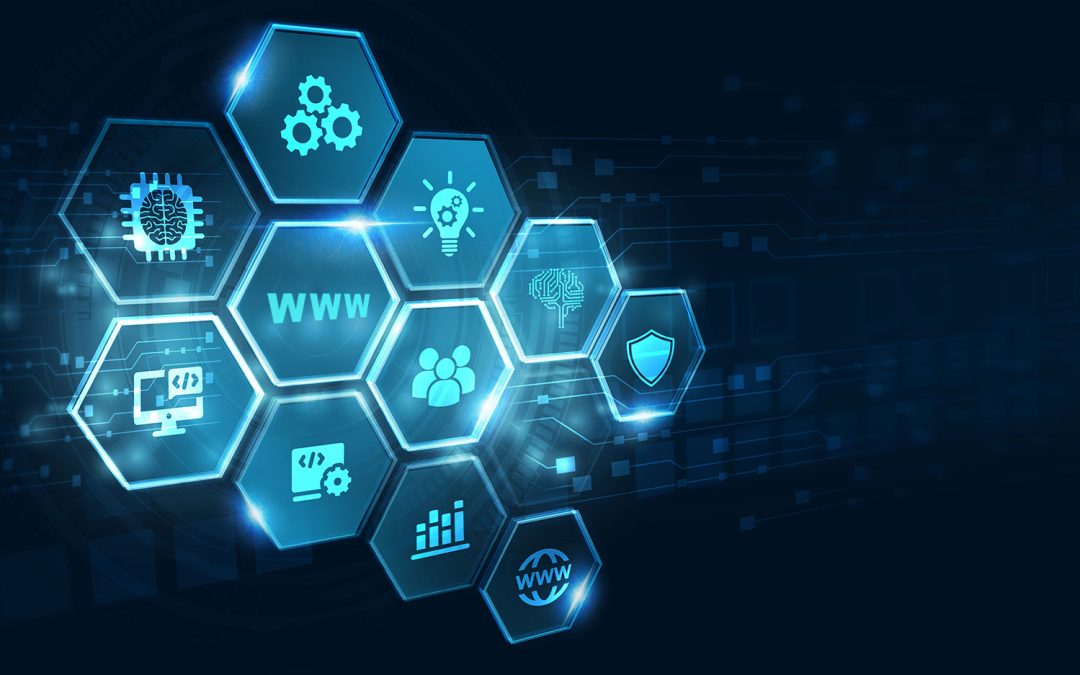 Calgary enterprises have the freedom to combine eStruxture’s space capacity and power density with DataHive’s carrier density to build reliable, cost-efficient IT infrastructure

In today’s data-driven economy, customers require the flexibility to design customized IT infrastructure for their businesses in a fast and simple way without incurring high capital expenditures. The eStruxture – DataHive partnership responds to this need by offering Calgary businesses enhanced, state-of-the-art, carrier-neutral data center services. Now, eStruxture customers can access all the carriers in DataHive’s downtown carrier hotel. Conversely, DataHive customers can leverage the significant space and power provided by eStruxture’s large-scale CAL-1 facility. All this gives Calgary enterprises the power to create and optimize the custom colocation and connectivity solutions they need to drive growth.

The benefits of this service include:

“When we expanded our services in Calgary, we committed to helping our customers grow and enlarge their businesses by offering them more options in terms of fully configurable colocation space, high-power density of over 30 kilowatts per cabinet and carrier diversity,” says Todd Coleman, President and CEO of eStruxture Data Centers. “Thanks to the partnership with DataHive, we are delivering on that promise by ensuring that our customers have direct, secure access to an ever-growing number of network and service providers.”

“Carrier neutrality and scalability are vital for today’s digital enterprises. By partnering with eStruxture, we are creating a global connectivity hub for Western Canada and making Calgary a truly internationally connected city,” explains Marjorie Zingle, CEO of DataHive.

eStruxture and DataHive are pleased to offer their customers a significant competitive advantage through a complete suite of scalable IT infrastructure solutions that support the most demanding, mission-critical applications and workloads, lower data transfer costs, and improve internet connectivity for all businesses throughout Alberta.

About eStruxture:eStruxture provides network and cloud-neutral data center solutions designed with the capacity, performance and flexibility to run modern, demanding enterprise applications, and the control to rapidly scale in response to unpredictable changes in business processes. Headquartered in Montréal, the company provides access to an ecosystem of over 900 customers that trust and depend on eStruxture’s mission critical infrastructure and customer-centric support, including carriers, cloud providers, media, content, financial services and enterprise customers. eStruxture offers colocation, private cloud, managed services, bandwidth, and security and support services to customers of all sizes.

About DataHiveDataHive is a privately owned Canadian company located in Calgary, Alberta. As a world-class infrastructure, engineered in every aspect, DataHive accommodates the high-availability demands of the Internet’s global business requirements. The data centre is an ISP Hotel hosting top global Internet Service Providers. Partnering with eStruxture, the network has been optimized to provide security, reliability, performance and scalability. 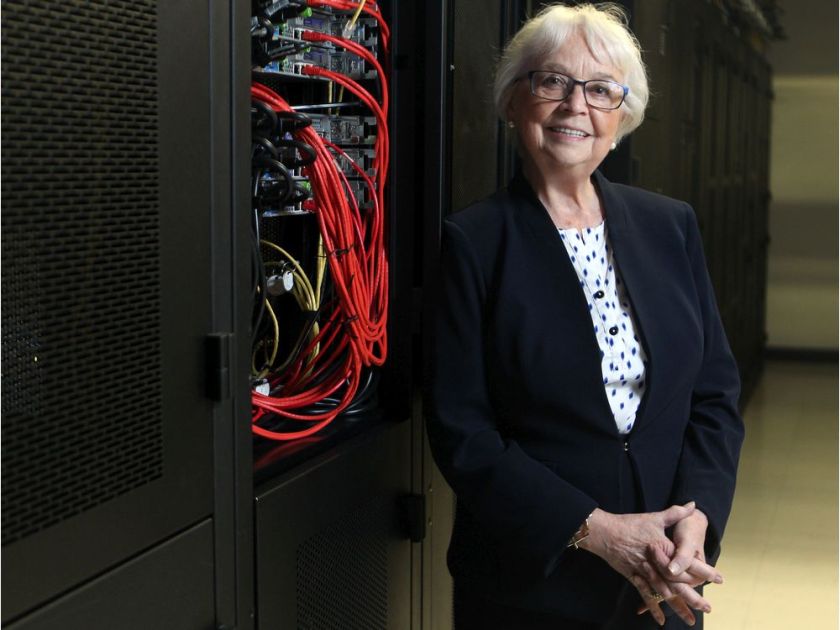 After moving from Alberta to Montreal with her husband, Marjorie Zingle became the first woman selling equipment to pulp and paper mills. But when the couple made another move to Calgary in 1971, the company feared a woman would never survive selling to the oil and gas industry.

She tried real estate and the tourism industry, but decided she would be better off working for herself and began selling professional services to associations in an office building she purchased.

It required a lot of data, and when the Vancouver-based company that stored her two servers was in trouble she flew out to the coast and bought what was left of the company by selling her building.

That was in 2003 and Zingle was already 68 years old, but with courage and a strong will she set about installing new wiring and cabling, a powerful new air-conditioning system and a dedicated backup generator, and reconnected with the firm’s other clients.

That was the birth of DataHive, and with the same courage and passion it continues to be an amazing success story, providing its impressive list of clients with security, privacy and accessibility, while guaranteeing that they always know where their data is.

Now in its 15 year, her company stays ahead of the game with new services and new relationships.

Over the past while, Zingle has been meeting and building a business relationship with Todd Coleman, president and CEO of eStruxture, a data centre based in Montreal. Recently over a lunch he informed her of his purchase of the Shaw Communications data centre, a 65,000-square-foot facility in southeast Calgary.

The two companies are now working together to move data in a breakthrough service available in the downtown in association with Brookfield Asset Management. In 2015, Zingle was, honoured as one of the Top 7 over 70 and had the opportunity to spend time with Jim Gray, the organizer of the annual event who wanted to know more about her business.

Since then he has been working with her and Brookfield staff to create a state-of-the-art Mini Connected City. Last week, the initiative was delivered to a showcase of Brookfield’s suppliers and tenants of its five downtown towers. Zingle explained how they could now be connected with secure, fast and direct access to anywhere in the world.

Zingle says it’s a “piece of cake” to connect, allowing data to flow into high-capacity fibre-optic cables under 7 Avenue into her centre in the west end.

A carrier-neutral facility, it allows customers to choose the provider they feel is best suited to their requirements.

DataHive is now the global internet backbone hub for Western Canada, making Calgary a truly internationally connected city. Today, downtown commercial realtors are asked the question, “How am I connected to the internet?” when presenting space to prospective clients. The DataHive Internet Service Provider Hotel with communication links globally will be a hugely beneficial opportunity for established companies and in attracting new ones to locate here.

Ms. Zingle received recognition for providing the business vision for her data centre, DataHive, offering innovative and resourceful solutions for its clients. DataHive has independently and successfully negotiated the hosting of Internet backbone giants; enabling lower data transfer costs, as well as improved internet connectivity, for all businesses throughout Alberta.

Reputedly the only woman who owns outright a private data centre in North America, Marjorie modestly acknowledges the WISE 50 over 50 recognition, “I am grateful for the trust of my clients and, most importantly, the professional dedication of my stellar team at DataHive. They deserve recognition for making it happen.”

Marjorie Zingle the CEO of DataHive, was chosen as one of the 50 business owners (over age 50) from across Canada in the recent “WISE 50 over 50 awards” announced in Ottawa on October 19th. The Award was presented, in partnership with the “Start-up Canada Day on the Hill” celebrations.

The WISE 50 over 50 Awards were initiated by Ottawa entrepreneur, Wendy Mayhew, owner of WISE – Seniors in Business. The nomination process started in March and concluded August 31. There were ten judges, eight from Canada and two from the US. Judges did not judge any nominations that came from the Province or Territory where they resided.

“Getting national recognition for your business is pretty special,” says Tim Riddell, DataHive’s director of operations.

At 81 years of age, Marjorie Zingle is the only woman in North America, possibly the world, to own a data centre, and she has no intention of retiring. Located in downtown Calgary, Alberta, DataHive has been in operation since 2003.

Fellow recipients include the likes of a professor, a teacher, a writer, an athlete, a sports supporter, and a jazz musician. Marjorie Zingle was the only recipient with expertise in the realm of data and Internet technology.

Learn more about the Top 7 Over 70 Awards at www.top7over70.com.

DataHive is a privately owned Canadian company located in Calgary, Alberta that provides a world-class infrastructure, engineered in every aspect to accommodate the high-availability demands of the Internet’s most popular web sites. The data centre and network has been optimized for outsourcing web servers, providing security, reliability, performance and scalability.